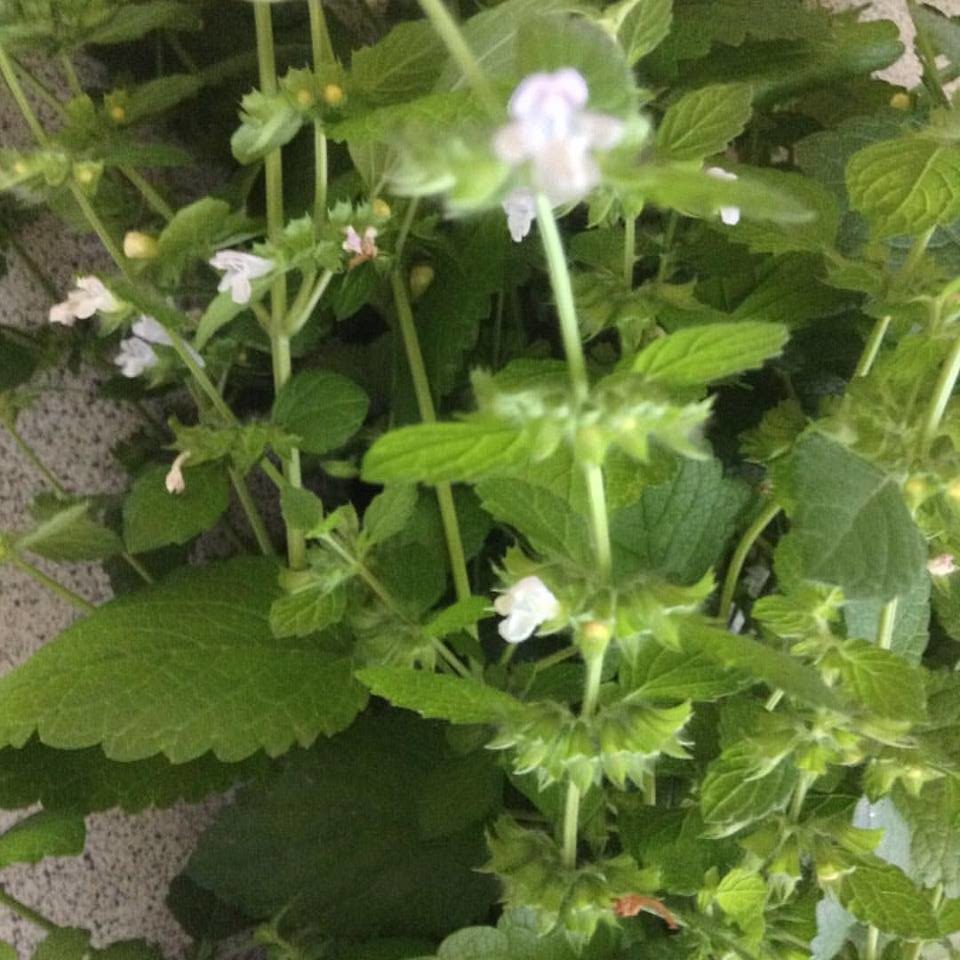 Lemon balm is a great starter herb since it’s unkillable, much like mint. I’d recommend planting it in less productive parts of your land (or in pots) and away from any other plants that might get crowded out. If the lemon balm spreads, just harvest it right away in the unwanted areas. The lemon balm in my garden doesn’t spread as wide as the spearmint, but it found its way across the yard between a crack in two cement tiles, so it’s very adaptive to harsh environments.

Lemon balm has a strong lemon scent and taste – so you can consider it as a lemon substitute in recipes like baked fish/chicken or a citrus vinaigrette for salads.

Much like the mint in my garden, I use lemon balm in the summer for infused water drinks and I dry lemon balm for herbal tea over the fall and winter months.

As the plant matures, small flowers grow, and I can attest that it attracts bees and flies that come to collect the pollen. The plant also becomes more bitter as it matures, so if you want a lighter, zestier lemon taste, pick it before it flowers. If you cut off branches, more will sprout in their place like a hydra.

There’s limited proof that lemon balm has medicinal value, but it’s Latin name Melissa officinalis, indicates its two original characteristics. Melissa meaning honeybee in Greek (also the goddess Melissa who showed humans the wonder of honey) since the white flowers attract bees and officinalis meaning medicinal in Latin. So take any medicinal claims with a grain of salt, but knowing it was frequently used as a folk medicine since ancient times.

I’ve seen sources for the naturalist Pliny the Elder in the classical period, Avicenna the physician from the Islamic golden age, Charlemagne and the Catholic monasteries in the medieval period, medicinal liquors from the renaissance royal courts up to present-day herbalists. One such distilled alcoholic preparation was l’eau de mélisse des Carmes Boyer used as both a perfume and a tonic.

This study from Northumbria University’s Human Cognitive Neuroscience Unit found mood and cognitive benefits from an albeit small sample size.